One of the greatest liberties that can take place in any country should be the right to speak freely. This is called freedom of expression and is enforced throughout the UK.

The freedom of expression means an individual or even a group of people such as an organization has the right to voice their opinion or express their ideas. They should be able to do this with no fear of any kind or any concerns that they will be punished or receive some type of retribution because they did so. However, there is a fine line of practising freedom of expression and becoming involved in hateful and derogatory opinions, which could be classified as hate crimes.

The legal right to freedom of expression in the UK is protected under the human rights laws and specifically article ten.

Freedom of expression can be presented in various forms such as verbally or visually. It is most commonly used when a person is protesting against the government for a reason they feel is important to them.

There are rules however when it comes to freedom of expression, and these entail the limitations that can be applied against the human rights law which is article ten.

The right to free speech has a long history in the UK. Britain has been protecting these rights going as far back as 1215.

It can be said that for most the ability to share and voice one’s opinions has really been taken for granted and the importance of being able to do this has been forgotten. As a memory check, all one has to do is look at the countries that do not permit freedom of expression. In these countries, those who make their opinions known may end up being published severely for doing so. 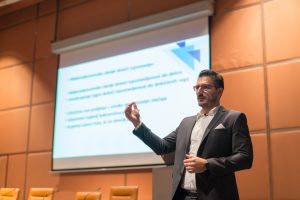 When it comes to the law where the freedom of expression is challenged the most is usually when someone is being charged with a hate crime. This can include an individual saying something or publishing something that entices others to adopt racial hatred. There are some that don’t believe that this should be perceived as a crime. Their argument is that freedom of expression should be the ability to say whatever one likes no matter how offensive it is or who it offends. The problem with this is that it can lead to violence and discrimination which turns a situation into an ugly one.

It is important that everyone practice their freedom of expression rights and that they be aware of them. At the same time, they must consider this as being a privilege that they have based on the country they live in like the UK. In respect to this then freedom of expressions should be exercised in a responsible manner.

Human Rights in the United Kingdom: Where Now?